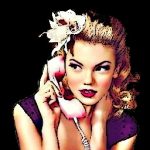 The Slingshot Sling Wing V3 is a user-friendly, performance foil wing with a new compact design for better power delivery.

The signature SS foil wing, one of the very first models on the market to push the wingsurf revolution has arrived at its third edition. The 2022 Slingshot Sling wing V3 is designed to give you more power per size. A smaller wing than the previous versions, it will deliver more speed and control with less weight than before, particularly in higher wind conditions.

If you want to go really fast, you can even use the Slingwing in combination with a harness, thanks to the harness-line attachment pigtails!

A tighter canopy that cancels oscillation, flutter, and provides increased luffing performance by keeping the grip on the right spot while at all times.

The profile entry batten provides a smooth aerodynamic shaping where the wing transitions into an airfoil.

Tough strips on the wingtips and leading-edge provide increased durability for wherever you ride, land, lake or sea.

Watch the official video for the 2022 Slingshot Sling wing V3

The Sling wing is the foil wing that started it all in the far away… 2019? Wasn’t it? The 2022 Sling wing V3 is the most advanced Slingshot foil wing ever, featuring a completely different and more compact design if compared to the originalmodel, but with an increased power delivery while still retaining all the original features that made this wing so successful.

The Slingwing V3 is now a user-friendly, high performance freeride wing with all the characteristics to make also freestyle foilers happy.